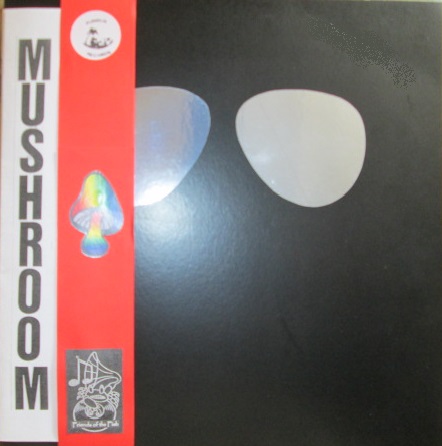 A Friends of the Fish release, limited to 150 copies - planned, recorded, produced, organised, everything by Astralasia's Marc Swordfish.

You'll not be able to order copies from Fruits de Mer - as soon as I have details on how you can get hold of a copy from Marc I'll let you know BUT I will have around 30 copies for sale at the Thunderbolt gig at a special price of £15 a time.

'Lalo Elijah' is a version of the Spirit classic song 'Elijah' that's like no other - a slow building epic that needs to be listened to with the lights turned down (not completely off, mind, otherwise you won't be able to find the record to turn it over).

How did it come about? Over to Marc...

"it was an idea of FdM for us to do a short version of an old Spirit track for a compilation, which we began with good intentions, but it became a different beast...

We went round the block with it, to outer space and back...it got blended in with lots of mutual respect for Lalo Schiffren soundtracks, and everyone in band let rip with their own solos; it became a one-off blind, starless, 'late at night in a dark forest' twisted jazz/psych odyssey - no-one in the band knew what we were going to do next until we did it - it was all done live with no overdubs, no second takes - this was it in one take'

it's 45 mins long but we've split it over two sides of an LP, no CD or downloads."