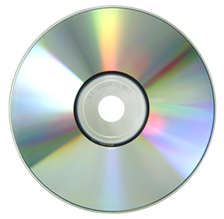 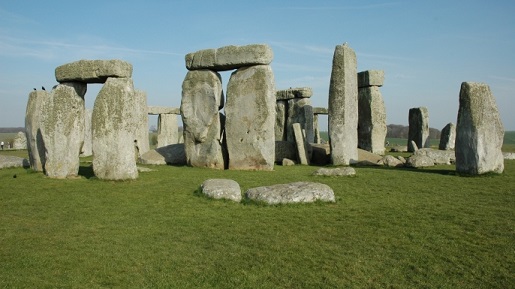 The origins of the compact disc have been shrouded in mystery, but hours of research have unearthed a hitherto-untold story of coincidence, creativity and Charlie Dimmock.
Buxom redheaded gardener Charlie Dimmock is best-known for her appearances on countless popular programmes on UK television, but it was her passion for progressive rock that unwittingly led to the development of the silver disc which, for a brief period in the early part of the 21st century, looked likely to lead to the demise of vinyl records.
Eager to play a newly-purchased picture disc of Jethro Tull’s ‘Thick As a Brick’, Charlie failed to notice the shrink-wrapping when she placed the record on her Thorens TD 160 MK2 turntable. She quickly realised her error when the resulting muffled sound did scant justice to Ian Anderson’s instrumental flourishes, but she couldn’t help but think that the one benefit that the plastic coating brought to proceedings was that the disc itself remained protected from dust, scratches and garden soil.
She mentioned this to Alan Titchmarch and Tommy Walsh, who had called in on Charlie to discuss a possible new TV project with the working title, “I’m A Gardener, Get Me Out Of Here”. Alan was unimpressed but quick-thinking Tommy (something of an inventor in his spare time) latched onto Charlie’s comment and rushed home to develop his thinking.
Within a matter of days, Tommy had returned to Charlie’s flat armed with a prototype laser player, crudely modelled from a discarded electronic tape measure, which he attached to the flat’s hi-fi system and pointed at a revolving, badly-worn black vinyl copy of the Jethro Tull classic, which Charlie had produced from her collection (being somewhat alarmed at the prospect of her new picture disc being subjected to a laser attack); the resulting sound was remarkably clear, indeed far clearer that the Thorens deck, armed with its traditional stylus, could achieve from the same disc; there was something in this!
Tommy found that placing a thin glass disc over the vinyl had no detrimental effect on the sound that could be achieved from the laser, but ensured no damage to the vinyl - and so the 12” glass-sandwich was born; Mr Walsh christened the disc ‘a Charlie Dimmock’ in recognition of his colleague’s serendipitous accident, although this was soon shortened to ‘CD’.
The first recorded debate over the relative merits of vinyl and CDs began when, over a cup of tea, Tommy mentioned that The Nyquist-Shannon sampling theory stated that continuous-time (analog) signals and their corresponding discrete-time (digital) signals were mathematically equivalent representations of any bandwidth-limited signal, provided the sample rate was higher than 2X the bandwidth; all relevant advantages and disadvantages resulted from implementation details rather than analog versus digital signal representation method. Charlie replied that the premise that components of the signal near the Nyquist frequency must be square waves on CD (or digital media), and that vinyl (or any analog media) preserved pure sine waves was false...a square wave, or any wave that wasn't a perfect sine wave, was the sum of multiple pure tones (sine waves), by definition, so if you had a pure 22.05 KHz signal on CD (i.e., sample values +n, -n, repeatedly), the DAC may initially construct a square wave, but the reconstruction filter then filtered out everything above the Nyquist frequency, leaving behind a sine wave. The principle was the same even in complex waveforms, the end result being that the uppermost frequency components on CD were no closer to being square waves than they were on vinyl; the good friends agreed to differ on this.
A Spinal Tap moment occurred during the subsequent development of the CD, when Tommy’s manufacturing brief requesting a run of 12" discs was misread and a batch of 12cm CDs were produced; Tommy realised that although this accidental smaller format had potential, not least for his prototype 'Walkwoman' player, this project would take too much of his valuable time to bring to fruition and was unlikely to have any lasting success and he wisely decided to concentrate on developing a range of branded DIY and gardening products for Poundland, together with Charlie.
editor's note: some or all of this might not be true