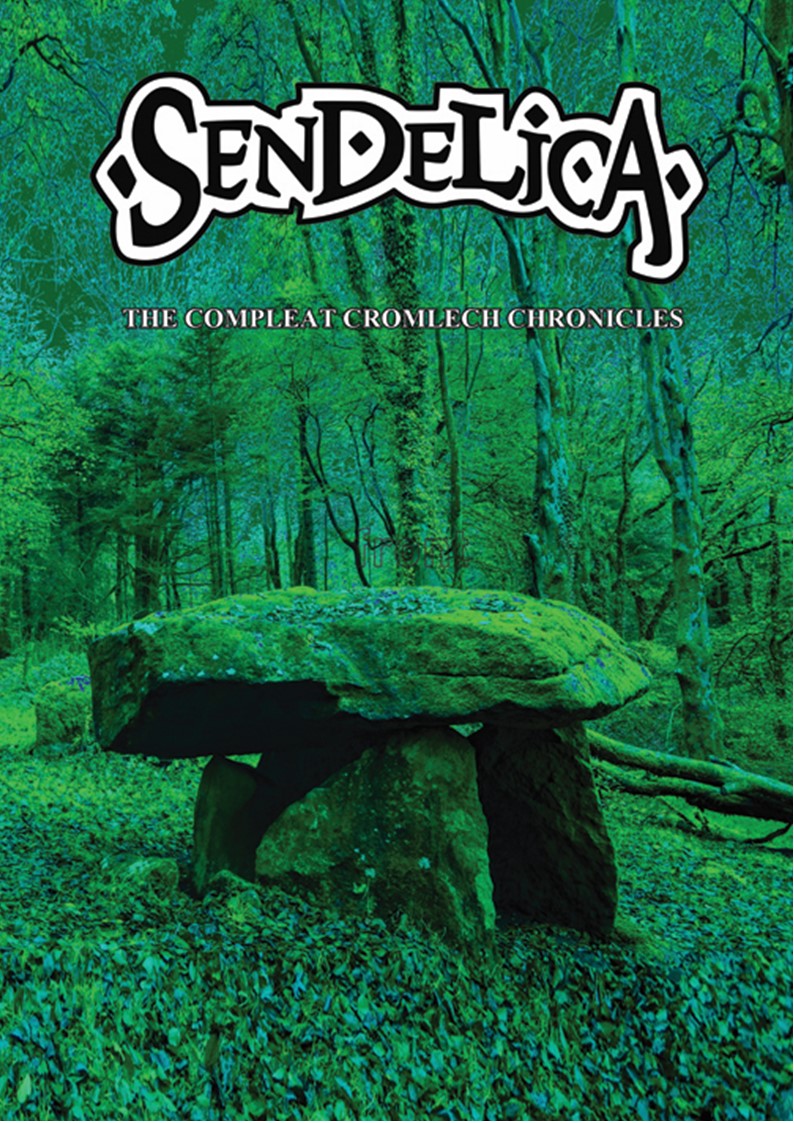 from Cromlech Chronicles I...

from the Lucid Dreams Festival...

SOLD OUT AT FdM TOWERS ON PRE-ORDERS, BUT YOU MAY BE ABLE TO ORDER FROM NORMAN RECORDS, ROUGH TRADE or SHINY BEAST (or email fruitsdemer7@hotmail.com to join the waiting-list as we may get a few extras)

All four 'Cromlech Chronicles' releases - and quite a bit more - spread across 6CDs, (yes 6CDs!) including all the tracks from the Cromlech albums, bonus cuts, a live CD and a CD of outtakes and demos (oh, and a 20pp booklet too)

If you like the 'Band for All Seasons' set, you're going to love this - there must be two-three hours of music that wasn't included on the vinyl releases.


The Inside Story, from Pete Bingham

So where did the original idea for the Cromlech series emenate from?
Well Keith (Fruits De Mer) originally asked Sendelica and Astraliasia if they would like to spend a weekend recording at a French chateau using the Rolling Stones mobile recording unit. Then things went a little astray and we ended up at Mwnci Studios in Wales sharing studio time with The Luck Of Eden Hall. The remit from Keith was for both bands to record a 'live' album at Mwnci and to hopefully have some kind of cross pollination of both bands.
Of course it didn't quite work out that way.... Sendelica did play on The Luck Of Eden Hall's cover of 'China Girl', which is still unreleased by them and TLOEH did record a live album which I believe never got beyond the mixing stage due to technical problems back in the USA. Sendelica, however, were feeling quite inspired and leaving the 'live' album behind embarked on recording a bunch of new tracks which appeared on 'The Cromlech Chronicles' album and 'Lilacs Out Of The Deadlands' (released on Sunhair Records which does feature guest appearances by Gregory and Jim of TLOEH).
The reviews of The Cromlech Chronicles were very positive and the album sold out very quickly, which prompted Keith to be interested in releasing a second chapter of The Cromlech Chronicles and Sendelica were very interested in the idea of going back with another set of musicians to see what magic could be weaved again in the grounds of the Cromlech during the summers of 2016 and 2017 which resulted in two sets of albums being released by Keith in 2018.
Cromlech II featured two amazing female guest musicians, the classically trained Kate Riaz on cello and Cheryl Beer on an assortment of ethnic instruments which resulted in a very drone/mantra orientated ambient album which Keith released early in 2018 on his more experimental imprint 'Strange Fish'.
Cromlech III was another beast altogether featuring the double powerhouse drumming of Jack Jackson and Gregory Curvey creating, at times, a 70's rock monster on tracks such as 'Slow Burner', 'BS' and 'Lost City Of Cardiza' alongside some very sedate tracks such as 'Teifi Marshes' and '12 Shades Revisited'. This was all released over six sides of vinyl as a triple 10” album set back on the Regal Crabomohone imprint.
Cromlech IV saw the band melding West Wales with West Coast of USA in the sunny climes of Mwnci Studio during the summer 0f 2018, channeling an early 70's Fillmore West vibe. The band stripped back down to a four piece band featuring Neil Spragg on the drum stool with guest keyboards from Colin and the legendary Carningli String Ensemble gracing several of the cuts.