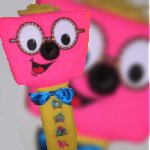 The first commercially-successful concept album was 2015's 'A Year Of Song’, by Alexander Armstrong - the concept being that anybody with enough money put behind them could be marketed to the masses.
There had been several attempts before this to string a number of songs together in some loose way, put the resulting LP out in a garish fold-out sleeve and have the artist featured on the front pages of Sounds or NME talking about the beneficial effects of drugs to their writing (although definitely not on the front pages of Melody Maker or Woman’s Realm).
All of these efforts had failed miserably, except for ‘S.F. Sorrow’ by The Pretty Things, which is far, far too good to have the piss taken out of it here, so I won’t – just go and buy it.
After an initial burst of creativity in the 1960s (sometimes known by younger generations as the “60s”), by the 1970s (sometimes known by younger generations as the “80s”), albums either had to be double LPs to be considered ‘conceptual’, or be a bit crap, or in the case of ‘Tales Of Topographic Oceans’...
...they also had to be universally hated by music journalists as they showed musicians getting above their stations, having deep and meaningful thoughts and inflicting them on their audiences – which was, of course, the preserve of the journos.
Perhaps best-known amongst concept albums from this period is the rock opera co-written by Pete Townsend and Timmy Mallett, about a short-sighted DJ who had a pink hammer with magical powers; due to a typo at the cover printers, the album’s hero was wrongly credited as ‘Tommy’ and the Sony award-winning DJ remains a largely forgotten part of this story of style over substance.
However, the idea of releasing albums of new songs that ran for 70+ minutes was clearly quite ludicrous – no band could possibly create that amount of decent quality, listenable music, so double and triple albums became a forgotten part of recording history – until Charlie Dimmock and Tommy Walsh invented compact discs. As a footnote, It’s odd that some bands that could have released credible concept albums, didn’t (eg King Crimson, Caravan, Mud), while others that probably shouldn’t have done, did (pretty much everyone bar The Pretty Things).
editor's note: some or all of this might not be true