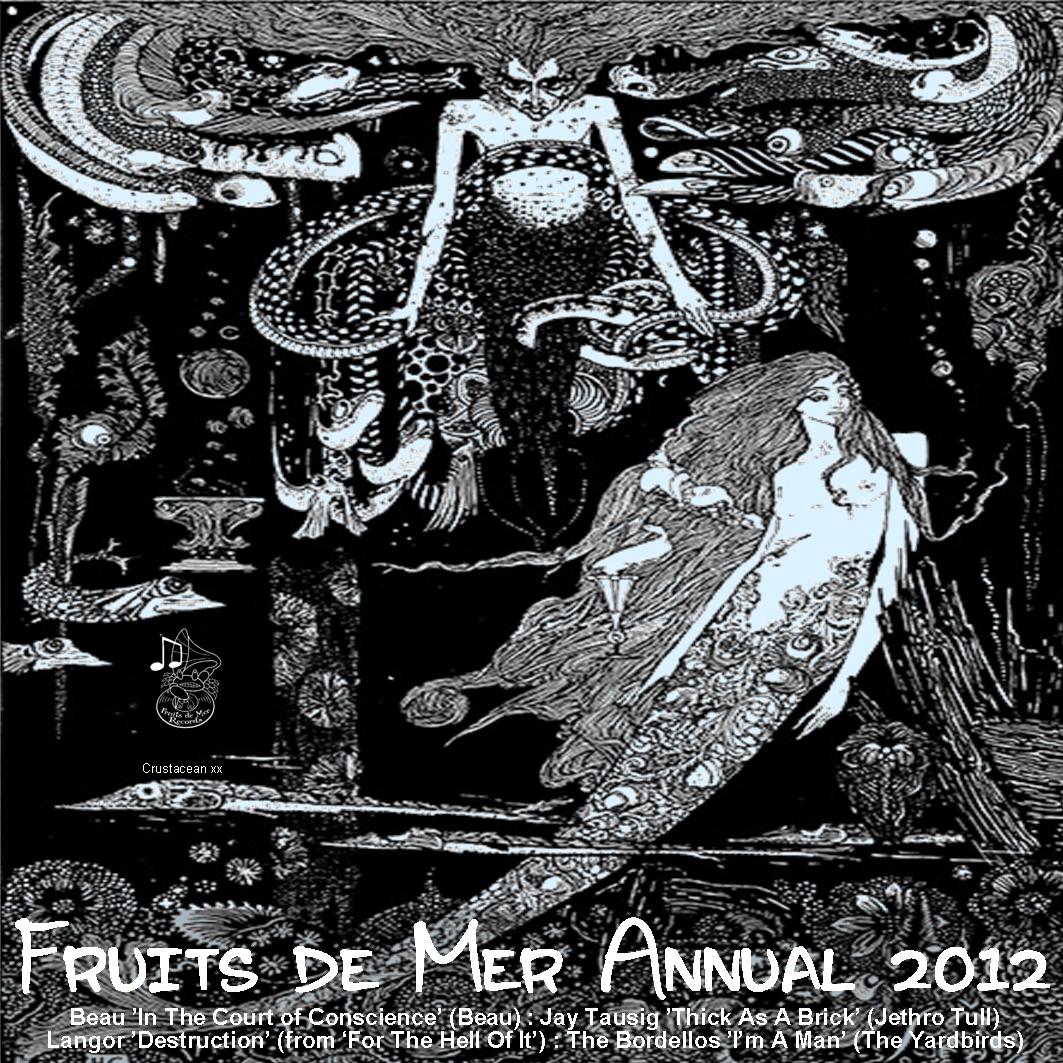 The BBC have announced that they are not going to publish the Blue Peter Annual this year, the Roy of the Rovers Annual is no more, Whizzer has had its Chips, and don't even ask what happened to Bunty - so what are we overgrown schoolkids going to settle down with this Christmas?
That's right, it has to be the Fruits de Mer/Regal Crabomophone 2012 Annual
....a bumper package that's full of your favourite FdM characters, plus some special guests....
....guaranteed to put a smile on your face and some vinyl on your record-deck....
Fruits de Mer Records and Regal Crabompohone
proudly present
A combined double 7" colour vinyl release (ie you can't buy them separately)
limited to 400 copies - a bargain at 8 UK pounds
Fruits de Mer Records is small and not that well-formed, which means sometimes our ideas are bigger than our bank balances and we can’t release every record we'd like in a year.
That's where 'the Annual' comes in - all the stand-out tracks we really wanted to release during the year (but just couldn't get our act together) collected on one slab of 7" vinyl.
BUT WAIT! This year, we launched a new sister label - Regal Crabomophone - to enable us to release original material as well as classic covers. But the same problem hit us - too many great tracks, not enough time or money.
So, this year it's a COMBINED FdM/Regal Crabomophone Annual with two, yes count them, TWO 7" singles (you might even call it a double-pack) crammed with goodies, including the excellent Vibravoid, the energy-charged Red Elektra '69 and the enigmatic Beau. The perfect Christmas gift for the vinyl junkie who has everything except the FdM/Regal Crabomophone Annual - ok, I'm starting to go on a bit, aren't I? Tell you what, here are a couple of excerpts...

'Destruction', by Langor (the theme from the US sixties teen exploitation film 'Just For The Hell Of It')
'I'm A Man', by The Bordellos (best-known version was by The Yardbirds, of course - tough, raw, uncompromising - a bit like a steak from Morrisons)
'In The Court of Conscience', by Beau (a previously-unreleased track from the 70s by the guy whose Dandelion album, 'Creation' is an acid-folk classic and has just been reissued by Cherry Red)
'Thick As A Brick', by Jay Tausig (US one-man band Jay recreates a chunk of Jethro Tull's finest prog album - that's what I think, anyway)

'25 German Boy Scouts', by Permanent Clear Light (Finland's finest - any song with a title like that can't go far wrong)
'All Stars Are Asleep', by Vibravoid (Germany's psych rock gods, and FdM favourites, go all cosmic)
'Volcano', by Red Elektra '69 (guaranteed to put a smile on your face, just made for 7" vinyl - there's no better way to end 2011)