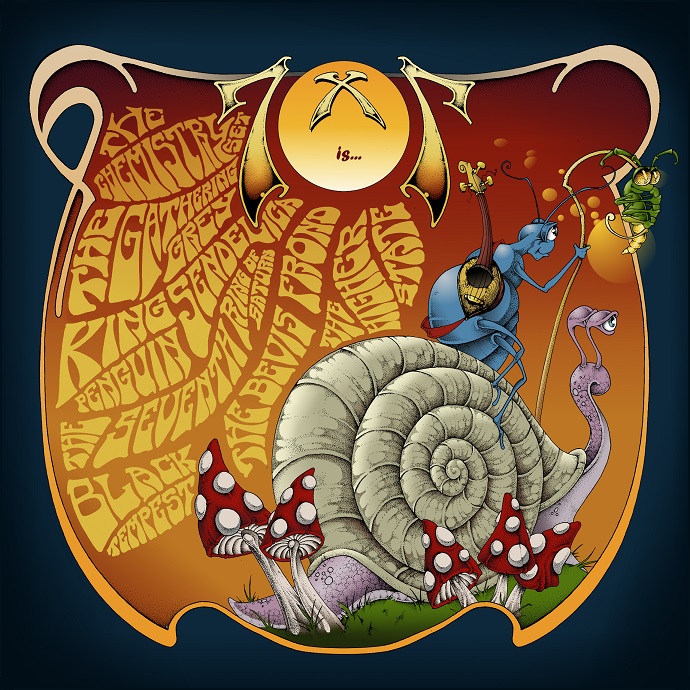 Part of Fruits de Mer's '7 and 7 is' box-set, King Penguin reinterpret two tracks by The Byrds, the being the B-side of a 1965 single and the second taken from their 1966 album, '5th Dimension', issued on Columbia:


The Byrds were an American rock band, formed in Los Angeles, California in 1964. The band underwent multiple line-up changes throughout its existence, with frontman Roger McGuinn, a.k.a. Jim McGuinn, remaining the sole consistent member, until the group disbanded in 1973.Although they only managed to attain the huge commercial success of contemporaries like The Beatles, The Beach Boys, and The Rolling Stones for a short period (1965–66), The Byrds are today considered by critics to be one of the most influential bands of the 1960s.Initially, they pioneered the musical genre of folk rock, melding the influence of The Beatles and other British Invasion bands with contemporary and traditional folk music. As the 1960s progressed, the band was also influential in originating psychedelic rock, raga rock, and country rock. The band's signature blend of clear harmony singing and McGuinn's jangly twelve-string Rickenbacker guitar has continued to be influential on popular music up to the present day.Among the band's most enduring songs are their cover versions of Bob Dylan's "Mr. Tambourine Man" and Pete Seeger's "Turn! Turn! Turn! (to Everything There Is a Season)", along with the self-penned originals, "I'll Feel a Whole Lot Better", "Eight Miles High", "So You Want to Be a Rock 'n' Roll Star", "Ballad of Easy Rider" and "Chestnut Mare". The original five-piece line-up of The Byrds consisted of Jim McGuinn (lead guitar, vocals), Gene Clark (tambourine, vocals), David Crosby (rhythm guitar, vocals), Chris Hillman (bass guitar, vocals), and Michael Clarke (drums).However, this version of the band was relatively short-lived and by early 1966, Clark had left due to problems associated with anxiety and his increasing isolation within the group.The Byrds continued as a quartet until late 1967, when Crosby and Clarke also departed the band.McGuinn and Hillman decided to recruit new members, including country rock pioneer Gram Parsons, but by late 1968, Hillman and Parsons had also exited the band.McGuinn, who by this time had changed his name to Roger after a flirtation with the Subud religion, elected to rebuild the band's membership and between 1968 and 1973, he helmed a new incarnation of The Byrds, featuring guitarist Clarence White among others. McGuinn disbanded the then current line-up in early 1973, to make way for a reunion of the original quintet. The Byrds' final album was released in March 1973, with the reunited group disbanding soon afterwards.
(taken from Wikipedia)
All copyrights reserved 2014
www.fruitsdemerrecords.com
...hear the tracks.. ..buy the vinyl.. ..smell the fish...