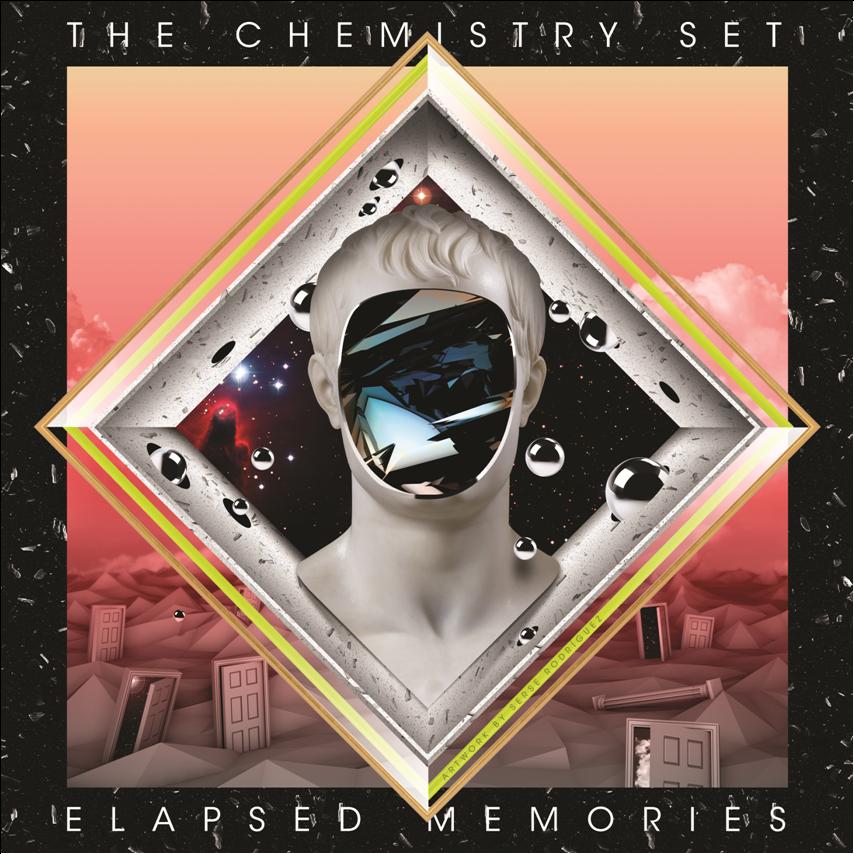 it's a bit like London buses, a couple of years go by and no sign of anything, then two Chemistry Set singles turn up almost at once.... ...after their superb re-working of Love classics for FdM's '7 and 7 is' box-set, the dynamic duo that is McLean and Lake return with a three-tracker but this time featuring two brand new Chemistry Set songs, 'Elapsed Memories' and 'A Cure For The Inflicted Afflicted', together with a cover of Hendrix's classic 'Love Of Confusion', which sounds like Hendrix's song would have done if it had been recorded by a band like.......The Chemistry Set If Fruits de Mer were ever to release a 'hit record', I think 'Elapsed Memories' would be it - it's one of the most ambitious and powerfully psychedelic songs The Chemistry Set have recorded. A five and a half minute trip with stunning instrumentation, textures and beautiful voices building to a thrilling finale. Think pure English psychedelic vocals meets The Byrds meet Echo and The Bunnymen meets Teenage Fanclub and Neil Young on the choruses...a dazzling array of instrumentation from glissando harps and timpani’s to 12 string Rickenbackers and Vox Continentals. For Jimi Hendrix’s 'Love or Confusion'. They boys have stripped the song down to 12 string acoustics, sitars, tablas and mellotrons. Imagine 'Dear Mr Fantasy' era Traffic doing Jimi’s song unplugged and that gives you an idea of this amazing cover.

...oh, and the artwork is stunning too, so we had to include it in the package as a fold-out poster.