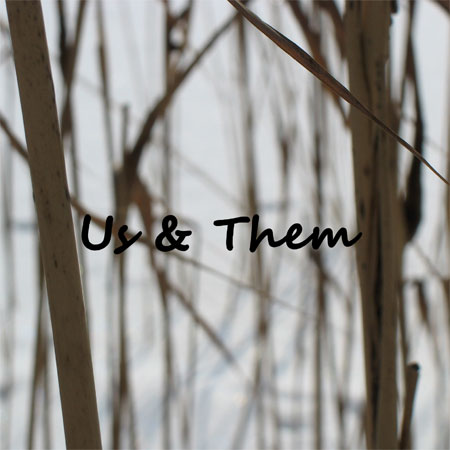 Us & Them are Swedes, Anders and Britt. Theyâ€™re Swedish because they come from Sweden. Britt sings and Anders plays instruments. They are a Swedish boy-girl duo! Us & Them had two stunning covers of Tudor Lodge â€œHome To Stayâ€, and â€œDialogueâ€ by Jackson C Frank (also known as â€œI Want To Be Aloneâ€). That was simple enough â€“ the two tracks would make a sensational 7â€ single, all done with minimal effort as they were already in the can and just needed a little tweaking on the mix. I was immensely pleased with that. Both tracks have beautiful instrumentation and arrangement, all topped off by Brittâ€™s exquisitely intimate vocal. Tudor Lodge, of course, produced a classic, and highly collectible, British acid-folk album on the Vertigo label in the early 70â€™s, although â€œComing Homeâ€ comes from a reunion of the band. â€œDialogueâ€ is one of Jackson C Frankâ€™s masterly-crafted pieces. He had an influence on Nick Drake, and was a similarly tragic figure. He reputedly persuaded Sandy Denny to pack up nursing and take up music full time! â€˜Dialogueâ€™ comes from his 1965 album, and is one of his darkest tracks.

The Organ Mag
"US AND THEM â€“ Fruits De Mer Volume Eight (Fruits De Mer) â€“ Now this series is always worth checking out, this fine series of singles always throws together an ambitiously interesting set of well thought out treats... Now this is a Fruits De Mer single so thereâ€™s always a story and a slightly left-field song or two covered, always something extra to explore... US And Them does automatically pull thoughts towards Pink Floyd and the lead track here is a meltingly beautifully version of the relatively early Floyd classic Julia Dream, only it isnâ€™t quite that either because this almost seven minute version is a little bit more than just a cover... Seems the original Floyd versionâ€™s melody was loosely based on a traditional folk lullaby called All The Pretty Horses, this is a gorgeously seamless and deliciously enchanting coming together of the two songs as one. The original traditional English lullaby and the quiet Floyd sound become one melting piece of must play again and again perfection called Julia Dream (All The Pretty Horses). Just right for curling up with, and yes hibernating until Spring with. You just have to hear it, the beauty canâ€™t be described here... And of course thereâ€™s more, this is Fruits De Mer, the other two songs here are equally as interesting and almost as good (come on you couldnâ€™t expect these next two to be as good as that sunlight bright upon their pillow can you? Almost though, very close)... Tudor Lodge were one of those obscurely classic early 70â€™s British acid-folk bands. Us And Them cover a Tudor Lodge song here called Home To Stay, a simple folk song that instantly has us scurrying to the web in search of more (seems theyâ€™re still doing things). Meanwhile Dialogue is a Jackson C. Frank song - thereâ€™s quite a story to him, big influence on Nick Drake (and an equally tragic figure so it seems), reputedly the person who persuaded Sandy Denny to pack up nursing and take up music full time. Dialogue comes from his much loved by those who know 1965 album. One of the darker tracks and one of the most beautiful, all we can say here is Us And Them have done Dialogue justice, and you know what, might just have been wrong about this not being quite as good as the lead track - definitely wrong, this is painfully beautiful. Easy to see how his songs influenced Nick Drake... This is a very special three track single, a play again and again and again piece of treasure that you really should check out. As always with the Fruits De Mer series, the single will be a very limited 7â€ pressing so donâ€™t hang around. One of the best singles for a very long time... Almost too good, must be something wrong here, nothing is this perfect? Oh yes, boring artwork... there see, we are being objective (actually the cover is an 8pp 7 1/2" square booklet, which we kinda like, with lyrics and stuff - but we only had the cover-shot available when we sent a review copy to The Organ)"

Unpeeled
"Most people don't want challenging music, meditative music or even albums of music anymore. The public wants bubblegum, lots of it, just so long as it can be remixed to a house beat and played in a continuous mix whilst they swallow Sours shooters down the local grease pit, then they are happy. I'm sorry, that's just people, I see them everywhere like cattle chewing cud into mobile phones, all of them with about as much taste as a used lollipop stick. This unfortunately means that most people wonâ€™t like Us & Them, which is a shame as they make beautiful, haunting music, a bit like The Wicker Man soundtrack being sung by Capser the Friendly Ghosts mum. All of the songs on this EP are covers, â€˜Home to Stayâ€™ by Tudor Lodge and â€˜Julia Dreamâ€™ by Pink Floyd have become, in the hands of Us & Them so fragile you stop breathing in case you break them. The third cover. â€˜I Want To Be Alone(Dialogue)â€™ is covered in the same way, unfortunately losing the immediacy and emotion of Jackson C. Frankâ€™s original, though still pleasant nonetheless. Highly recommended to anyone who doesn't watch X-Factor"