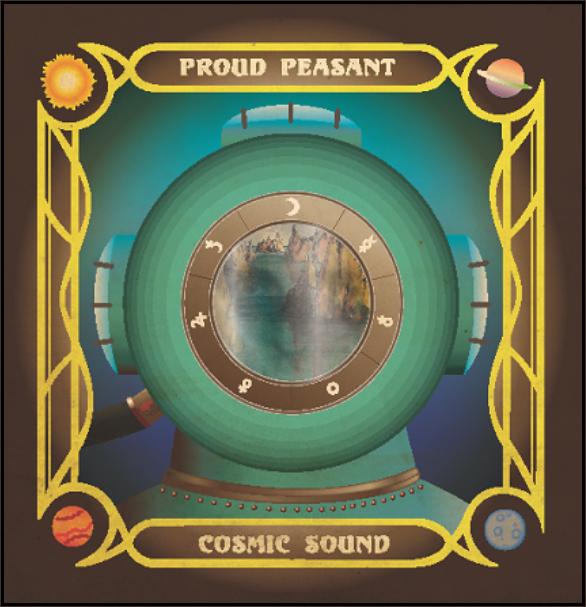 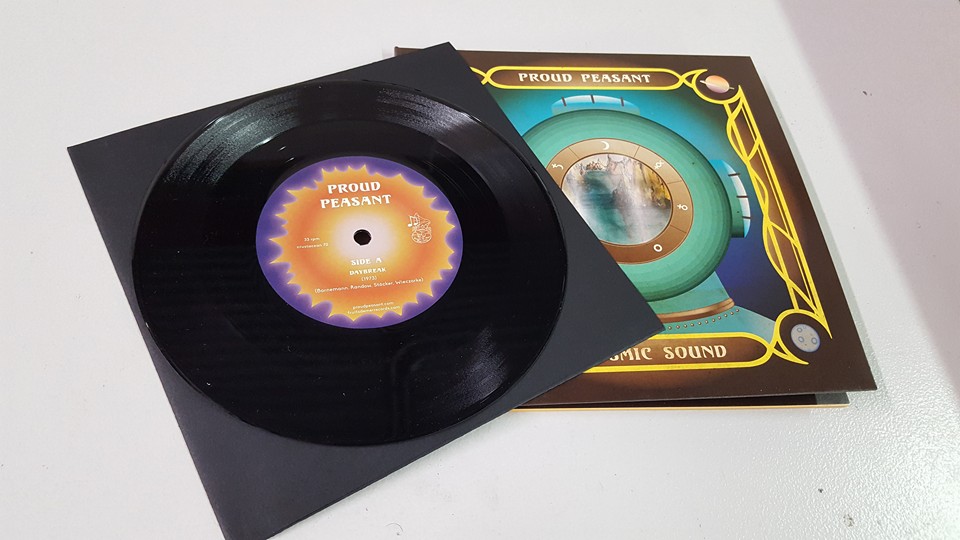 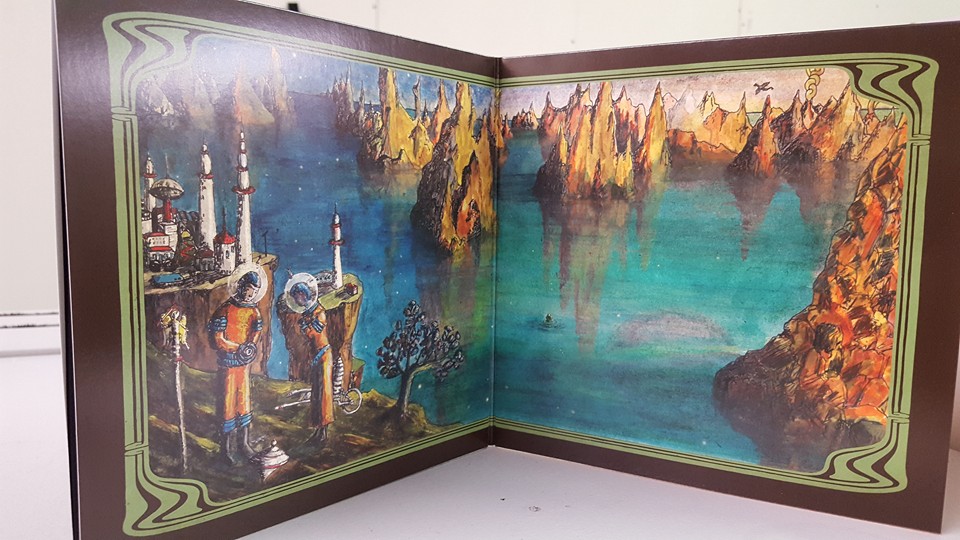 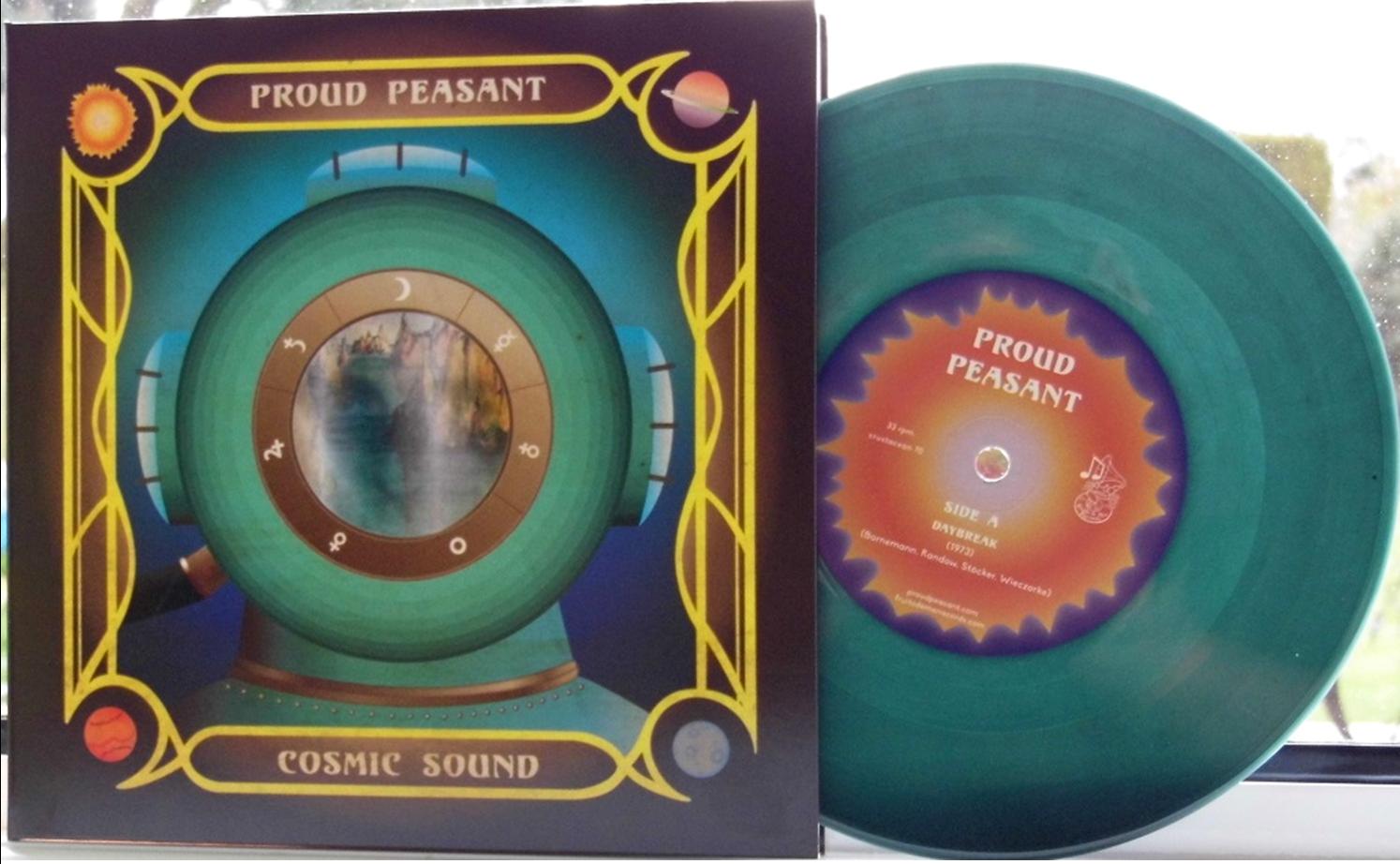 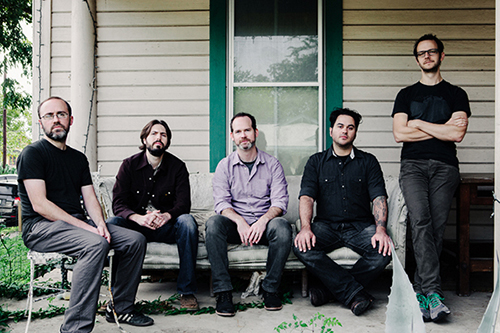 it's about time we had another FdM release that revels in the sounds of 70s progressive rock - and that's just what we're going to have - classic, keyboard-led instrumental prog rock from a band that's based in austin, Texas that’s new to Fruits de Mer Records, but knows its progressive rock roots and loves them.

Proud Peasant recreate Eloy’s ’Daybreak’ (a bonus track on the CD reissue of their 1973 album, 'Inside') and Manfred Mann’s Earth Band’s ’Saturn, Lord Of The Ring’/Mercury, Winged Messenger’ (taken from 'Solar Fire', also released in 1973).

check out the band's website to find out more about Proud Peasant...www.proudpeasant.com

Here's what the band say about themselves...

Guitarist/Composer Xander Rapstine was looking for a new direction in the summer of 2011. He had just quit his Austin, Texas pop/rock band, The Evildoers, a band he had started with one of his best and oldest friends 8 years prior, the very band he moved back to Austin to form, eschewing a life in academia, and a band he dearly loved, but no longer felt comfortable in. Starting a new musical chapter, he traded in the pop/rock stylings of his former band for a more rewarding style of music that he had grown to love since he was in his late teens: classic progressive rock.

Xander had written 3 lengthy compositions, creating pastoral soundscapes that reflected the peace, beauty, terror, and uncertainty of life. The conscious choice was made to include no lyrical vocals on the initial recordings, as he felt a need to first find his voice musically. Inspired by some of his favorite bands and musicians, including Mike Oldfield, King Crimson, Genesis, and Gentle Giant, Xander founded Proud Peasant in the Fall of 2011.

Having recorded at Ohm Recording Facility with The Evildoers, Xander knew that owner/engineer Chico Jones was the only person who could help bring the music to life and, with plans to enter the studio in November 2011, he began to recruit the musicians to help him record the debut album, Flight.

David Hobizal of Brooklyn, New York (Eddy Hobizal Trio, Ola Podrida) was the first to join the fold (at the suggestion of Chico), adding his considerable drum talents to the music. A propulsive yet precise style added focus to the epic compositions, bringing out elements heretofore unheard in the music. His watertight playing provided a steady, in-the-pocket meter throughout the album, punctuated with moments of hyperbolic soloing and jazz fills. His solo at the beginning of the album's final track is a particular highlight.

Jay Allen of Fort Worth, Texas (‎Crushed Stars, The Angelus) joined next, adding significant contributions on all manner of keyboard and piano. Navigating through the layers of mellotron, celeste, moog, juno, etc., he also found himself in the enjoyable, though perhaps unenviable, position of recording two of the most important moments on the album: improvised keyboard solos that punctuate the ending and apex of 2 of the 3 tracks.

Kyle Robarge of Austin, Texas (The Calm Blue Sea, My Jerusalem, The Murdocks) came with the highest recommendation possible as the bassist for the band, having cemented his reputation in Austin as one of the most talented and hardworking musicians in town. His ear for tone and his tasteful playing formed the final piece of the puzzle, and his near-telepathic ability to add basslines that both support and embellish the higher frequencies has given the band the low-end stability that enhances its power.

Mark Poitras of Austin, Texas was the last to join the band, contributing vibes to the B-Side track, Turbulence. A veteran of several Austin bands, he will be adding keys/bells/guitar to the live setup and collaborating on future albums.

The band began playing shows in June 2014, providing audiences with the soundtrack to sublime dreams . . . and wicked nightmares.