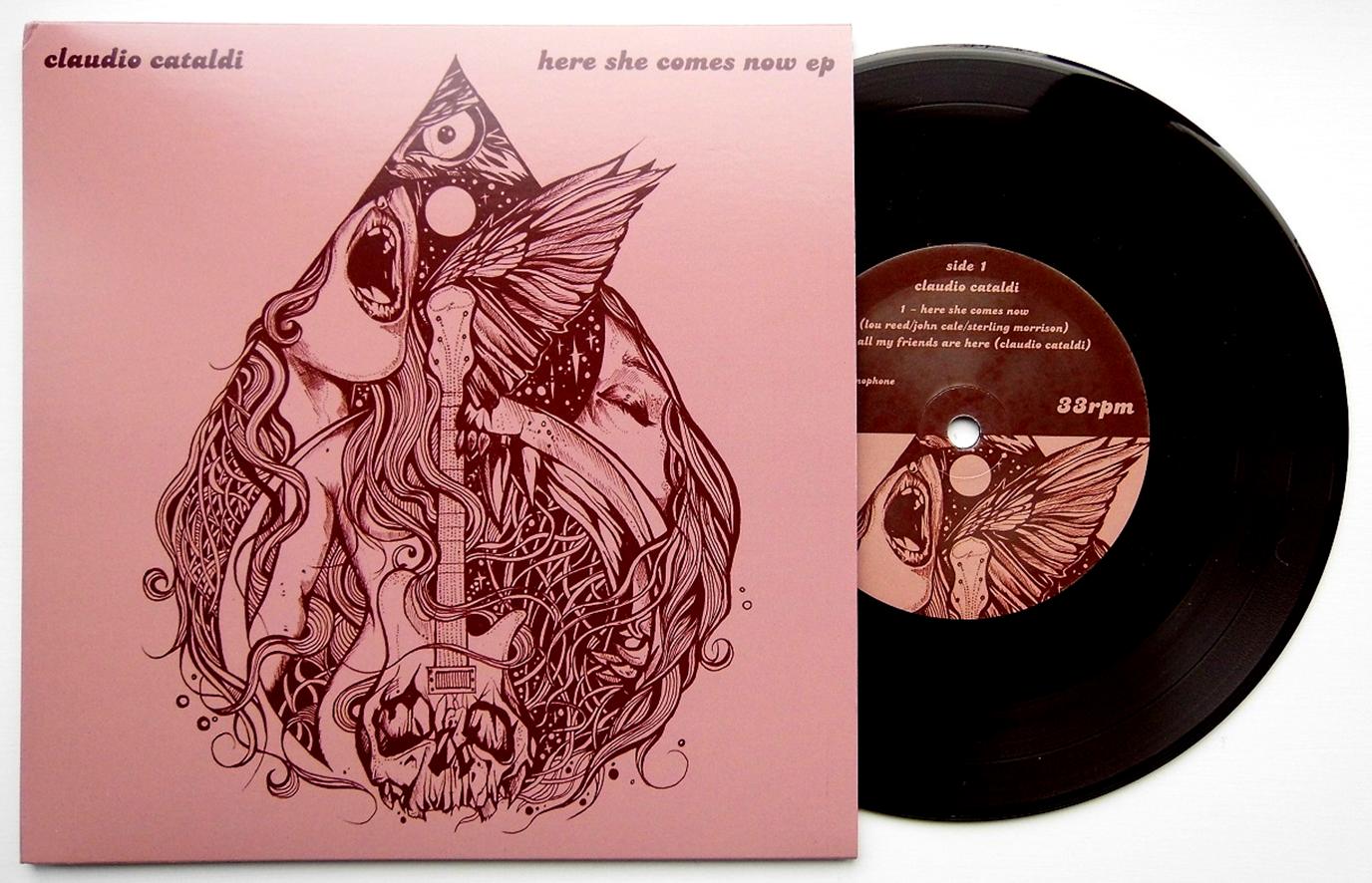 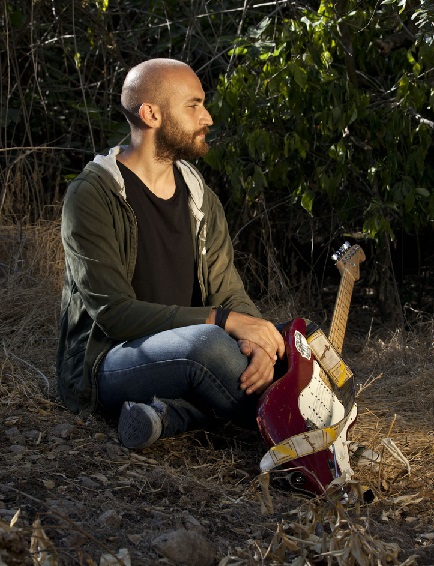 Claudio Cataldi comes from Palermo in Sicily, creates warm, deep electronic and acoustic sounds, and this EP features three of his own compositions as well as a stunning cover of The Velvet Underground’s ‘Here She Comes Now'.

Claudio describes his work as, “music from different times and places, but with the same inner mood, and captured with a small mic and a half-broken amp”; he first appeared on a Fruits de Mer release about a year ago with a cover of Syd Barrett’s ‘She Took A Long Cold Look’. On this four-track EP, Claudio has reinterpreted the Lou Reed song, ‘Here She Comes Now’ - giving it the same warmth he brought to the Syd track last year. I read that the song was written by Lou about either his guitar or his girlfriend’s orgasms - the sleeve designer, Martin Ross Butler, has done his best to cover both possibilities.

Elsewhere on this EP, ‘All My Friends Are Here’ is a new song from Claudio that’s heard here for the first time, while ‘Final’ and ‘Ropes And Strings’ are taken from Claudio’s own back-catalogue; by rather nice coincidence, Claudio has his own label, called Seashell Records.

Here's what Claudio says about himself....

I’ve been writing music since my early years of high school. My first band was called Resthouse; we played a few covers and my first originals (I own some precious cassettes that no-one else will ever hear). Years later (2005) I started another band called Four AM Eternal, which was new wave-postpunk oriented. We recorded and self-released an album called “Ambivalence” that came out in 2007, and played a few times here and there. In that same year I started another band, Mossgarden, much more electro-acoustic oriented - another demo, other gigs, and so on. When I got tired of electronic stuff, I started this solo project. This is music from different times and places, but with the same inner mood, and captured with a small microphone and a half-broken amp. I released my first solo work, “Ghost Town” in 2008. It was a big honour because this was the first release by the late, wonderful bedroom label The Woolshop Productions, active from 2008 to 2012. Handmade editions and lovely artwork for music maniacs defined Woolshop. On April 12, 2011 my second work, “Sleepy River”, came out and I started (over) playing live here and there with two amazing bandmates: Aldo Ammirata (bass, cello) and Gioacchino Frisina (drums). I also shared many precious musical moments with friends and fellows like Giampiero Riggio, Kiro and Teclo. On November 15, 2012 “Sideline/Distills a Grain of Lover’s Soul” came out for the Italian HYSM? Records, in a cassette edition. That was a split album with Female Edition. Remembering the days of cassette tapes, in April 2013 I co-founded a “tape label”, Seashell Records, with my friend Federico Ghersi. Our first release, the cassette compilation “Pluviôse”, came out on September 9, 2013. My latest album, “Homing Season”, has been released on September 23, 2013, by SoM-Nonlabel and received very good reviews all around the world. On November 5, 2013 I played an opening set for the Kaki King concert at Teatro Dante, Palermo. I sing two songs on the second Seashell Records’ release, the brand new album by Novanta, “Best-Selling Dreams” (2014). My last release so far is “Soundtracks”, a mini-CDr with 13 bedroom folk mocro-songs.