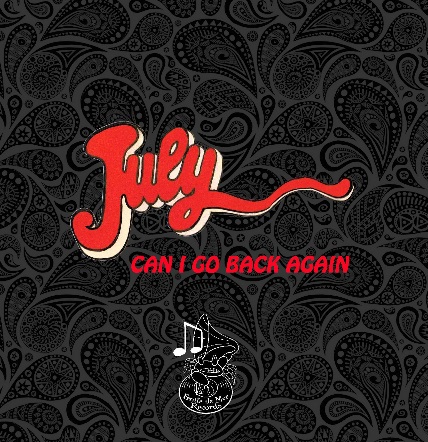 Oh my good god - they are back...and on Fruits de Mer!

Responsible for one of the best psych albums to come out of the UK in the sixties, July went their separate ways and and it took a reissue by Rev-Ola of their self-titled LP to awaken from their transcendental stasis. The reissue went straight to the top of Rev-Ola’s charts, meanwhile the original vinyl LP has been exchanging hands for as much as £2,500.

In 2011 the band played a comeback gig at the Lexington, London, since then they have Headlined at Euroyeye, played a Technicolour Dream set with The Pretty Things and Arthur Brown at Le Beat Bespoke, headlined at the Berlin Beat Explosion and Madrid. and most recently playing to a sell-out crowd at the 100 Club. JULY’s live set covers their Fifty year career from their roots in British R&B, the iconic songs from their ’68 Album inc. 'My Clown' and 'Dandelion Seeds', to tracks from their new highly acclaimed new album “Resurrection’.

A fellow FdM band kindly suggested they get in touch with us regarding a vinyl release - and in no time whatsoever we agreed on a 7" single that comprises an extended version of a song from 'Resurrection' with a demo of the same track.

I can only say it's an honour to be able to release a single by July - and to be associated in some small way with such a legendary band.