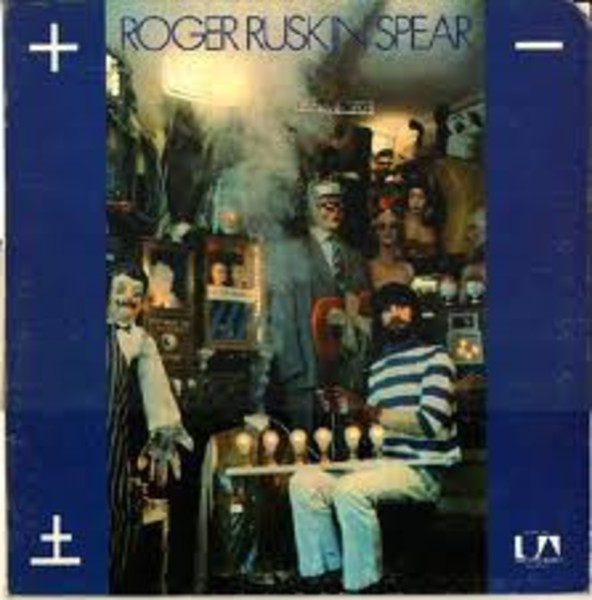 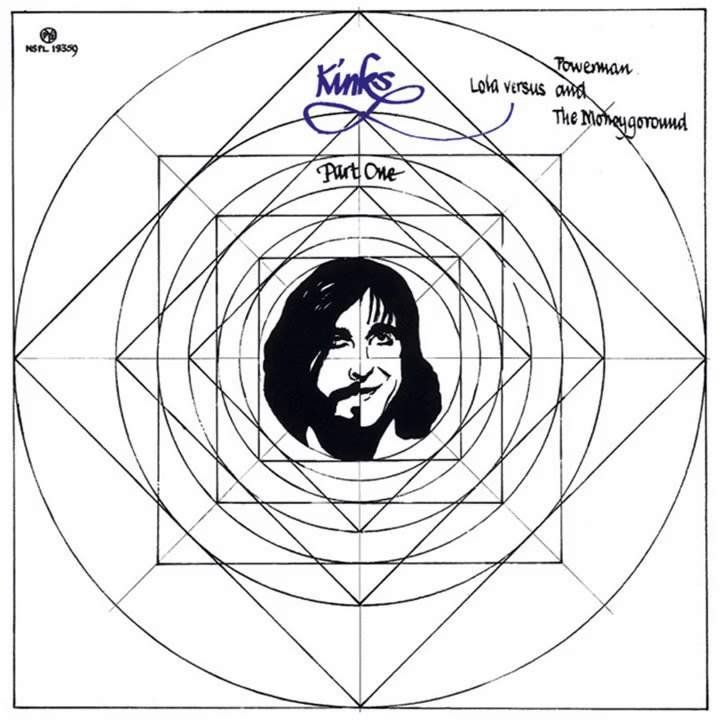 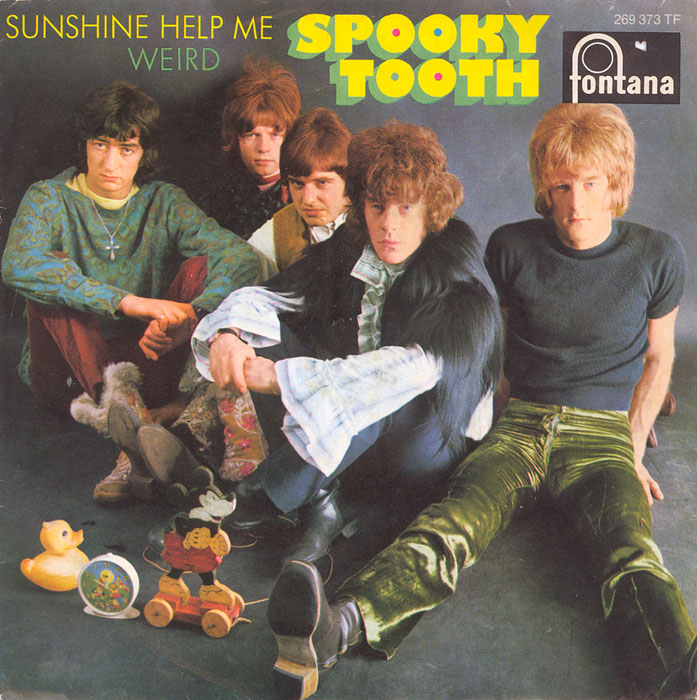 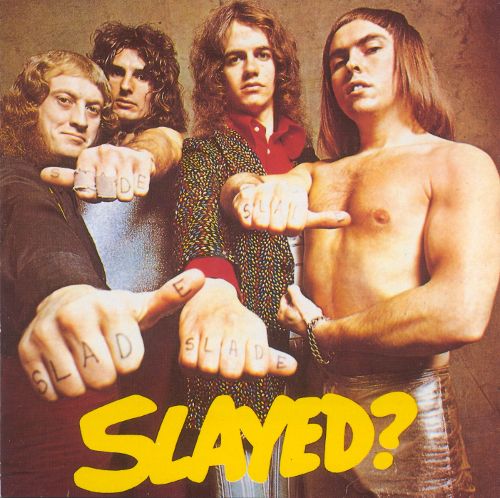 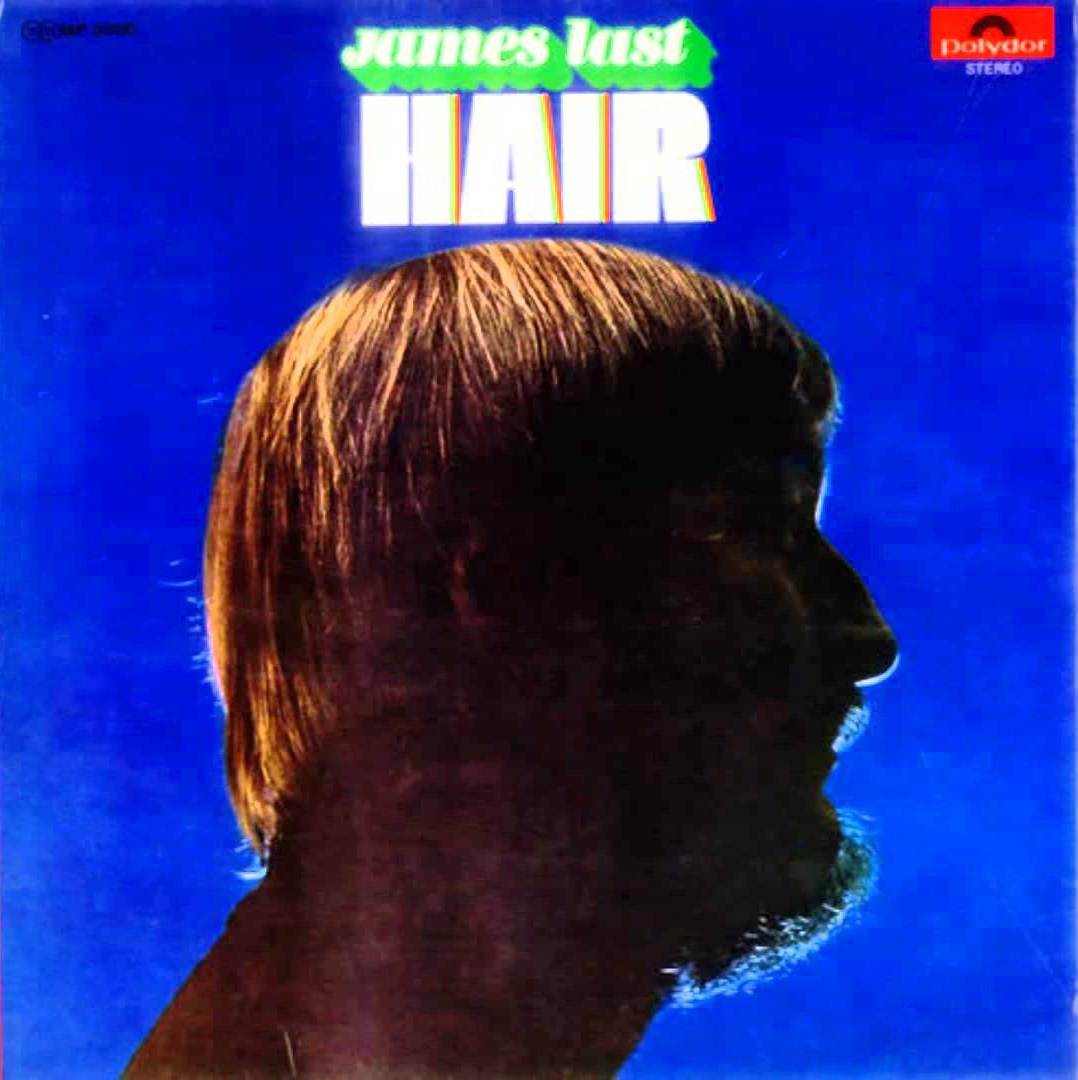 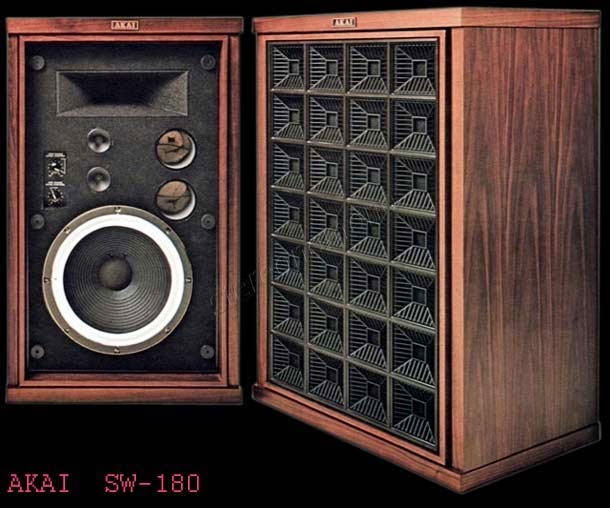 "...When the Last Tree Is Cut Down, the Last Fish Eaten, and the Last Stream Poisoned, You Will Realize That You Cannot Eat Money..."

What was the first record you bought? When, where and why? Where was it the last time you saw it?
It actually was a bunch of singles, from a bargain bin. They were one or two years old and very cheap compared to the regular price of new records. I could get 4 or 5 singles for the price of one - amazing! Songs I listened to for years to come, a major inspiration in my life - made me realise the importance of singles!
1. Spooky Tooth - Sunshine help me
2. Traffic - Feeling Alright
3. Dave Dee Dozy Beaky Mick & Tich - The Wreck of the Antionette
4. Manfred Mann - Mighty Quinn
5. Spencer Davis Group - Time Seller
Those are the ones I clearly remember. I see them quite regularly in my singles box. I even still listen to them occasionally.

What was the first band/solo artist you obsessed about?
That would be definitely The Kinks. The combination of british uniqueness with *different* lyrics I found totally fascinating. I sometimes sat down and translated the lyrics - definitely learned english this way on a *different* level The first LP I *analysed* was "Lola versus Powerman and the Moneygoround, Part One" (1970). I remember when people came up with a *esoteric* quotation from Genesis for example, I would reply with a satirical sociocultural statement by Ray Davies.

Which artists/labels have you collected over the years?
After years I realised that I have quite some Sun Records, Harvest, Island, Vertigo, Stiff records, Beserkley Records - but I never really collected labels. Artists that's another story. A full list of bands I collected is impossible.. just some....
The Kinks - Atomic Rooster - T.Rex - Slade - ELO - Donovan - The Move (Roy Wood) - ELO - The Hollies - Bonzo Dog Band (and all solo releases, Neil Innes, Vivian Stanshall, Roger Ruskin Spear) - 10cc (Godley Creme) - CCR - C,S,N & Y - Humble Pie - The Who - The Beatles ... too many.
Here is probably the perfect moment to mention that many of the records that inspired me very much I never had. My friends had them all and because my place was a meeting point for several years I *had* all these records...Frank Zappa - Bob Marley - all Krautrock - CAN - all West Coast Psychedelia - Pink Floyd ..etc etc. That was a perfect solution


...and which label has become your latest obsession?
Ha ha ha .. well I listen to quite some Fruits de Mer records now.. I really wonder why...but I also listen to BSCMUSIC, a german label that handles from original german electronic like Michael Rother to obscure new bavarian *world-folk*. Brilliant mixture and the owner comes from the original german kraut rockscene - played drums with several bands - and we exchanged zillions of thoughts in recent years.

What is your favourite era/genre of music?
Tough one. I guess it's all underground explosions from the 1950s to the early 1980s. From Link Wray / Gene Vincent / obscure SUN records to Prog/Psych/Kraut to Rip Rig + Panic / Basement 5 (does anyone remember them? 4 black guys producing some post punk noise dub) / Public Image Limited (only early!!) .. but comming to think about it I'm also extremely inspired by early Swing music - but I discovered that later.

How is your collection organised?
It once was A - Z. For various reasons now it's kinda *organic* which all in all I can manage, sometimes leads to problems.

If you were stranded on a desert island with a record-deck, which three albums would you want with you?
1. The Beatles - White Album - I got it as a present when I was a kid in 1968, it defined the sound I was looking for in my life. Even if some people say it has *fillers* - believe me every song on the album makes perfect sense in a complex picture. This is the album which taught me about *variety*. From the still not beloved "Ob-La-Di, Ob-La-Da" to the sometimes unbearable "Revolution 9" it brought the whole world of sound to my awareness.
2. Either The Kinks: Everybody's in Show-Biz - or - The Kinks: Preservation Act 2. Both in their way present the whole world of The Kinks to me.
3. Public Image Limited - Metal Box - the definite dissolution of Rock 'n' Roll. Still it had groove, structure and style. By the way I sure have the original Metal Box with the 12" vinyl.

What is the most embarrassing record in your collection?
I can *defend* all records I have. All not really *necessary* records I had, I've sold. And some I bought recently to fill a certain gap, which some may think are really very embarrassing, were nothing but enriching my musical world. Names? Well I bought quite some 1960s James Last records on vinyl. And I bought ALL Bert Kaempfert records. Most on CD. But when they re released the vinyl records on CD many people sold their old Kaempfert vinyl, so I bought those too - second hand. Nothing better than a 1960s Bert Kaempfert on vinyl! The whole recorded live into one Neumann stereo microphone - it's absolutely incredible.

What is your favourite bricks and mortar record shop?
We have a shop in Berlin called *City Music*. Once a completely chaotic mixture of old/new, mayor/indie, vinyl/CD/DVD, shirts/books/posters/everything. You could spent hours there and find the most obscure things. I mostly bought second hand vinyl. Since they had to move several times the shop became quite *shiny and organised* - so I don't go there anymore - the *adventure of finding* is gone.

...and your favourite online shop?
I don't buy online at all. I need to to feel it in my hands!

Tell us all about your best-ever car-boot/junk shop/ebay buy..
For years we had real big flea markets in Berlin. The best deals I remember are:
1. Medicine Head - One and One is one - the LP with the sophisticated foldout cover. Still listen to this quite regularly. I remember after I bought it someone came up to me and asked "How much did you pay?" I named the price and said "But I don't want to sell it." Then he said "I dont want buy this shitty band I just wanted to know the price." Yes it was cool in those days to put anyone down who did not listen to prog/art/wave stuff. This event made me quite open minded to people who listen to other music.
2. Quatermass - Quatermass first LP, boy was I looking for this LP!! This made me realise that every music has it's time. We were listening to this LP like crazy in the early 1970s. When I bought it years later the facination was almost gone. Still Im very happy to have it now!
3. Heaven - Brass Rock 1 (double LP) - rare only LP of the band. Bought it listened once and then never again. Bought it in the middle of the Punk Rock time, which was probably not a good time for Heaven. Now being reminded I listened again and WOW what a record! To come at one of my radioshows as Litter Legend! 4. Horst Jankowski - the many moods of Jankowski - original 60s Mercury pressing for 1 Euro! From a small second hand vinyl shop. Found it quite recently. German easy listening legend of the 1960s. Listen to it quite often while cooking. Met Horst Jankowski in the 1980s. He played the piano and drank the wine at a small private party - never forgot - was fascinating meeting him personally.

Which record do you most want to add to your collection?
Roland Kirk - Rip, Rig and Panic!

The current 'vinyl revival' - good/bad, real/imaginary, permanent/short-lived?
Vinyl these days? Good and bad. Good because music as *art* needs a proper way to be released, vinyl is one - no doubt. Can you imagine a Picasso only existing as jpg file? Yes Picasso *released* several works as limited print copies - that works as comparism I guess. Bad, because it's sure again big business. All in all I think that vinyl will stay because it became a classic analog format. Yes I think the aspect analog is important. CDs may disappear ... but cassettes will stay, they are analog too. All formats that were in danger to be shoved away because of the digital *revolution* will stay, because people realised you can't touch a byte. In a funny way this reminds me on this indian wisdom: When the Last Tree Is Cut Down, the Last Fish Eaten, and the Last Stream Poisoned, You Will Realize That You Cannot Eat Money.

...and your view on CDs and on downloads...
There are certain ways to present a CD which I think are quite aesthetic - dont want to say more about it, caus this would lead to a lenghty statement. Download as a way to *own* music I think is a definite sign that our culture is going down. Again a lenghty statement would be necessary to define the whole context. Only a very few exceptions are ok in my way of working. If a band sends their music on vinyl, cassettes (Again - YES! Cassettes are definitely a very aesthetic way to release music!) or CDs, I sometimes present some MP3s of this band, songs as *in the making* or *from the forthcomming physical release* - all other downloads/MP3s are not part of my system - I deleted them all. Zillions of *please download my MP3* requests made me decide to basicly only present physical releases on my shows.

Describe your three favourite records - why does each one mean so much to you?
Interesting question but impossible to answer. Three?? That also depends on my feeling. I have some totally obscure records that I'm listening to again and again since I found them, mainly in the 1970s. For example Demon Fuzz - Afreaka!, prog_psych_afro Freakout .. is that one of my favourite records because it's TOTALLY unique? And does anyone remember the second Supertramp - Indelibly Stamped? One of the finest Folk-Rock records I have. I still can listen to it today - totally fresh! ... or is it the first ELO, still with Roy Wood, the most unique sound ever!

...and three that are the most scarce/rare/valuable ...
I really don't know I never bought for *value*... I may have some.

What is your current set-up for playing records?
I think the really worth to mention part of my set-up are my two original late 1960s AKAI speakers. Like BIG pieces of furniture. Every time I watch 1960s crime stories from the USA from my DVD collection (I dont watch TV anymore) I see them on the screen, mostly blasting out some funk-a-delic sounds from Sly Stone or such.