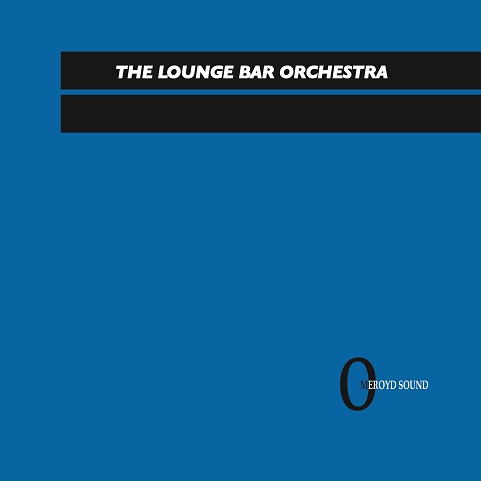 on sale at the Thunderbolt gig

Previewing a January 2020 LP release, we will have around 70 copies of an 8" lathe-cut on sale at the Thunderbolt gig that includes three recordings that have emerged from this strange, remarkable and dubious story, one track being exclusive to the 8".

On the 27th of October 1974 Reg Omeroyd waved goodbye to his colleagues at Ousewater Television Studios, climbed into his almost new Ford Taunus TC coupé, and drove off. The composer had just finished recording the theme music for Ousewater’s next big thing and, on the face of it, everything was good in the life of the 52 year old.

The Lounge Bar Orchestra, the group of in-house musicians put together by Omeroyd in 1968 when the Ousewater Television Studios opened, were at the height of their powers. They gelled instantly over his scores and worked skilfully and efficiently through whichever genre they were tasked to bring to life. That latest theme tune, known as The Washing Line after the series it was written for, had drawn praise from across the industry and there was even talk of a pay rise.

One month later, after an intensive police search and countless public appeals, Omeroyd’s car, polished and immaculate as always, was discovered in the carpark of a nearby beauty spot. Omeroyd was nowhere to be seen. The only clue to his whereabouts was a note, blurred and faded due to overnight rain, which read: Just off for a wee. Back in 5 mins. Reg Omeroyd never came back from that wee. Over the ensuing months rumours circulated that Omeroyd was an East German spy, had been abducted by aliens, or he’d made off with the seed money raised to fund the new Washing Line tv series. None of these stories were ever substantiated.
To this day nobody really knows what happened to him.

Crippled by debt due to a string of failed projects, Ousewater Television and Film Productions closed its doors for good on the 12th of December 1975. The brainchild of Wing Commander Jackie Baird-Lockless, Ousewater had been plagued by poor decision making since its inception. Based at a disused World War Two airfield, in the remote region of Kielder, Northumbria, the studio produced a succession of instantly forgettable tv shows and films, in an atmosphere one former employee described as “very pleasant and quite productive”.

Nothing remains of the films and tv shows made during those heady few years at Ousewater Television. Luckily, however, the musical recordings were saved - retrieved from a skip by the Lounge Bar Orchestra’s first trombone, Leonard Wright.


The Lounge Bar Orchestra and that Omeroyd Sound.

The story how Ousewater Television Studios came to be established in a far flung corner of Enland is indeed a strange one. Following the formation of Ousewater Television Studios its owner, Wing Commander Jackie Biard-Lockless, found himself with a problem. Circumstances meant that instead of basing himself in a leafy London suburb he was forced to open his production facility in the far North East of England, in a remote area on the Scottish border known as Kielder. Miles from anywhere the former RAF Hesleyside was an almost derelict decommissioned World War Two airfield. But it was cheap and there was a lot of space. The old aircraft hangers, designed to house Halifax bombers, were a perfect place to build the sets and film tv shows. There were also various D frame buildings. It was in one of the leaky hangers, sarcastically known to those who worked there as the Lounge Bar, that the sound tracks and theme music for Ousewater’s various shows were recorded. Making use of a loose group of local and journeymen musicians Reg Omeroyd would, over the course of five years, create the seminal and forgotten Omeroyd Sound that was the hallmark of all Ousewater Television productions. 22/09/1976