POSTCARDS FROM THE DEEP

Bear in mind as you read this, it's nearly Christmas...!
It started out as an effort to find out whether playable postcards, like the ones pressed in Poland in the 60s featuring The Beatles, are still being made (it turns out they are, but pinning down samples, schedules and costs is another thing entirely).
I also started as FdM's first attempt to fully embrace the 'freakbeat' genre (oo-er, missus).
Anyway, ‘Postcards From The Deep’ twisted and turned over many months and has ended up as 10 tracks on 10 flexidiscs, by a bunch of artists who really should know better - including The Thanes, Astralasia, The Loons, Schizo Fun Addict, Crystal Jacqueline and The Luck Of Eden Hall (Fred Laird from Earthling Society introduces his new band, The Crawlin’ Hex, on this release).

Each 7” clear square flexi comes with its own 7” square postcard, which is nice - BUT ISN'T PLAYABLE!

As I said, the music – all covers – was supposed to be raw ‘freakbeat’, that could somehow burn through the limitations of a postcard (and later, a flexi) but i struggled to explain what i wanted to the bands, so the recordings have twisted and turned as well – it now ranges from psych to surf, fuzz to freakbeat, garage rock to krautrock (of sorts) and ends with a TV theme – same old, same old from Fruits de Mer, then.
Now we know that flexidiscs used to leave a bit to be desired when it came to ‘audio quality’, well.......they still do – although they're a big improvement on the magazine flexis of the 80s - but it seemed like a good idea to include a free CD that compiles all the recordings into one place; the only thing is that a few of the bands took the opportunity to do something a little different with their contributions for the CD - extend their ‘flexi recordings’ a little here and there, add vocals to an instrumental, take a 3 minute track and extend it to 11 minutes – that sort of thing.


The clambox and postcards artwork is by the rather wonderful Mick Dillingham. 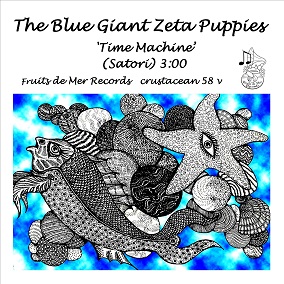 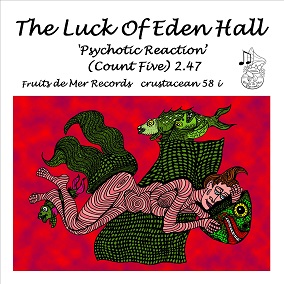 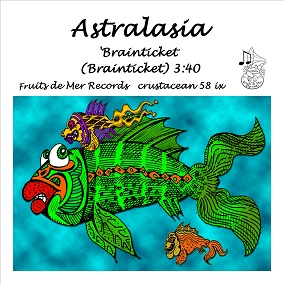 there's even a fold-out poster... 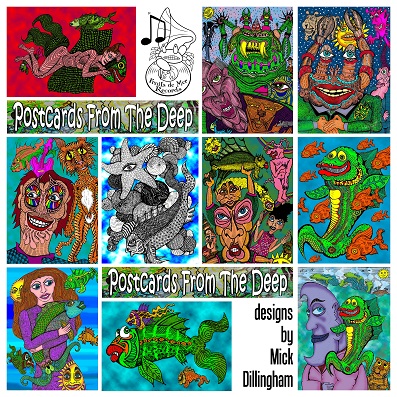 The whole thing doesn’t come cheap - £27 - because, while flexis have improved a fair bit, they’ve also got ALOT more expensive - and i believe there's only one press in the world still producing them (or at least there's only one I've found)

All copyrights reserved 2015
www.fruitsdemerrecords.com
...hear the tracks.. ..buy the vinyl.. ..smell the fish...