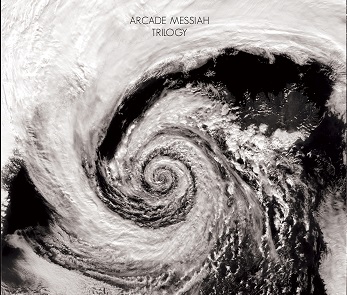 Not your usual Fruits de Mer fare, but rules were made to be broken (and the strange fish sub-label was created for such eventualities).

John's work came to my attention via a recommendation by a club member, I think - and when i checked out his recordings I found some of the best instrumental modern progressive rock I've heard in a long time.
I invited John to contribute to 'Side Effects' and he delivered the monumental cover of Aphrodite's Child's 'Four Horsemen'.
When I found that John hadn't released 'Arcade Messiah III' in any physical form, it just seemed a natural for including in a 3CD format, comprising all three of the albums, and strange fish was the obvious label for it...
...so here it is - a bargain price and a very limited run (I only have 200 sets for sale) - I think it's a great opportunity to sample some powerful instrumental rock and scare your neighbours, who thought you only liked acid-folk

over to John...
"My name's John Bassett, I make loads of music under different names, one of them is called Arcade Messiah. I write, record, produce, mix and master all the music and usually do the artwork as well.
Arcade Messiah is my attempt to create a style of music that I wanted to hear yet which I hadn't found anywhere else, at least not in the way it sounded in my head. Its mostly an instrumental mixture of Heavy Sabbath-esque riffs set in odd meter rhythm's interspersed with calmer more ambient cinematic moments.
Essentially I wanted to create a dystopian Rock Metal soundtrack that would hopefully sound cool while you're driving your car.
...i obviously couldn't have put it better myself

email fruitsdemer7@hotmail.com if you're not already on our mailing-list